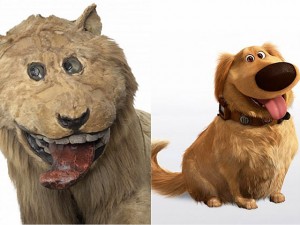 You may be asking for trouble when you commission taxidermy work from someone who is unfamiliar with the species. That was just the case for King Frederick I of Sweden in 1731. The lion was a gift, but after it died, the pelt and bones were presented to a taxidermist who had never seen a lion. You see the result looks more like a cartoon character than the king of beasts. The stuffed lion is still on display at Gripsholm’s Castle.